Swimming in the Antarctic | Argentina

A land full of glaciers, icebergs and Sea Lions, swimming in the Antarctic was something I really didn’t think, i’d ever do!

I took the plunge in the Beagle Channel, which is situated around the southern most city in the world, Ushuaia.  After finding a good spot to jump in from, there was no turning back.

How cold swimming in the antarctic?

Water temperatures do not go below freezing.  If you decide on swimming in the antarctic, temperatures vary from from 4°C to 8°C depending on the time of the year.  When I went in,  I have told it was 5°c.

Swimming near the Italy Glacier in Tierra del Fuego

Background on the Beagle Channel

First inhabited over 10,000 years ago by the Yagan people,  the area was first charted in 1826, when accurate maps were produced of the region.  In 1833, the boat returned for its second voyage carrying Charles Darwin.   It was then, that Darwin recorded seeing his first glacier.   Darwin showed great courage during the expedition, after a glacial fall causing a huge wave, it was his intervention that saved the crew.  For this act, the ship’s captain rewarded him, by naming a stretch of land called Darwin sound after him. 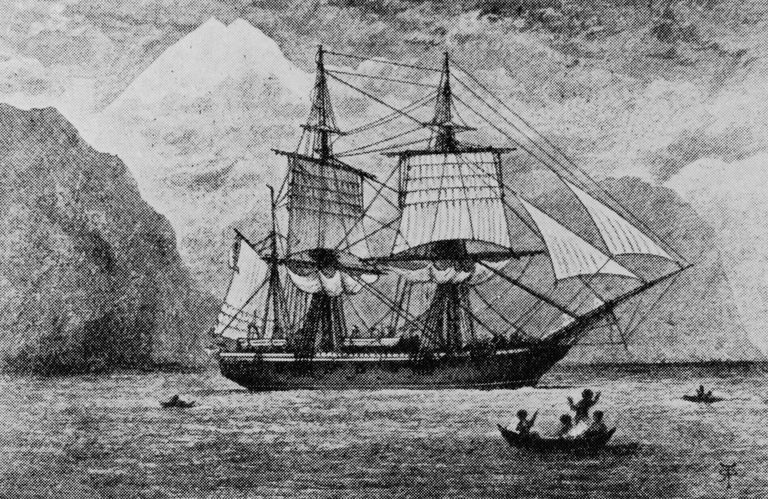 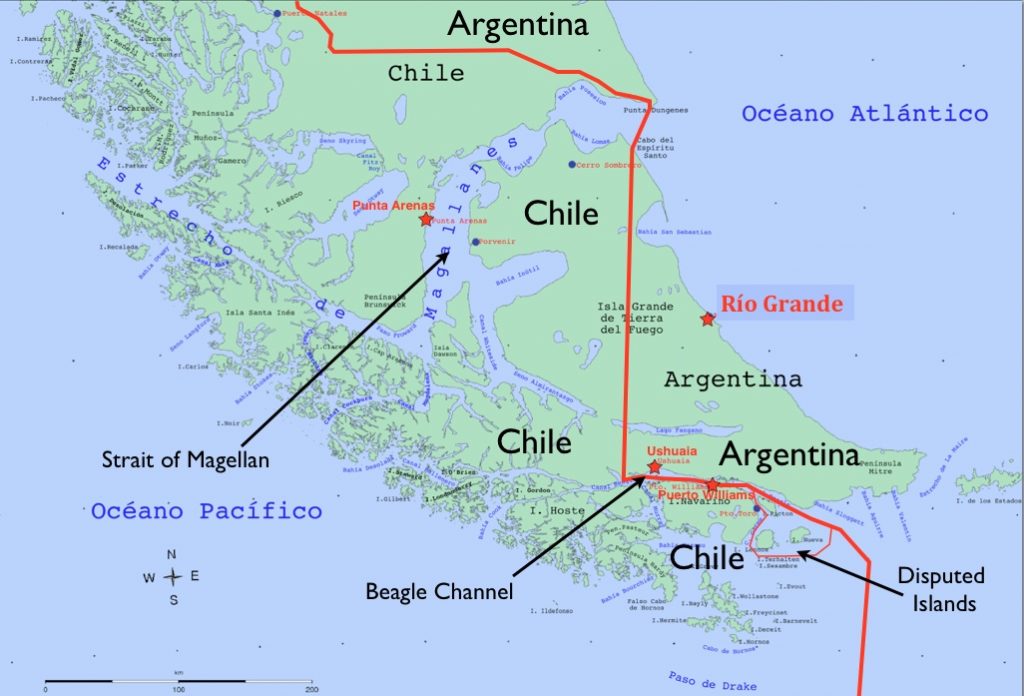