Diving into a Cenote | Mexico (Video)

Diving into a Cenote in the Jungle Surrounded by Long Vines Stretching Down to the Surface.

Tucked away in the Yucatán Peninsula, is the Ik Kil Cenote. A natural made swimming pool, formed by the asteroid that wiped out the dinosaurs.

Red Bull put on insane events all over the world, and this one was no exception.  Red Bull staged the special event of diving into a cenote in Ik Kil in 2010, 2011 and 2014, and has made the site, significantly popular.  Normally, it is strictly forbidden to do any diving from the top, however allowances were made to Red Bull in order for them to stage the event.

What is a Cenote?

The Cenote is absolutely stunning and is understandable why the Mayans used it for relaxation and rituals.  The Mayans often prayed to rain god Chaac and made human sacrifices at the site.  This became apparent when human remains were found at the site over a hundred years ago.

The Ik Kil Cenote, part of the enormous underground river system that runs throughout the Yucatán Peninsula.  Long vines stretch out to the bottom of the Cenote, and with a depth of 40 meters and a height of 26 meters, it is the perfect place to jump.

Vines surround the cenote and reach down to the water’s surface, like long stretched out arms.  This makes for a spectacular setting, for all these would be adrenaline junkies! 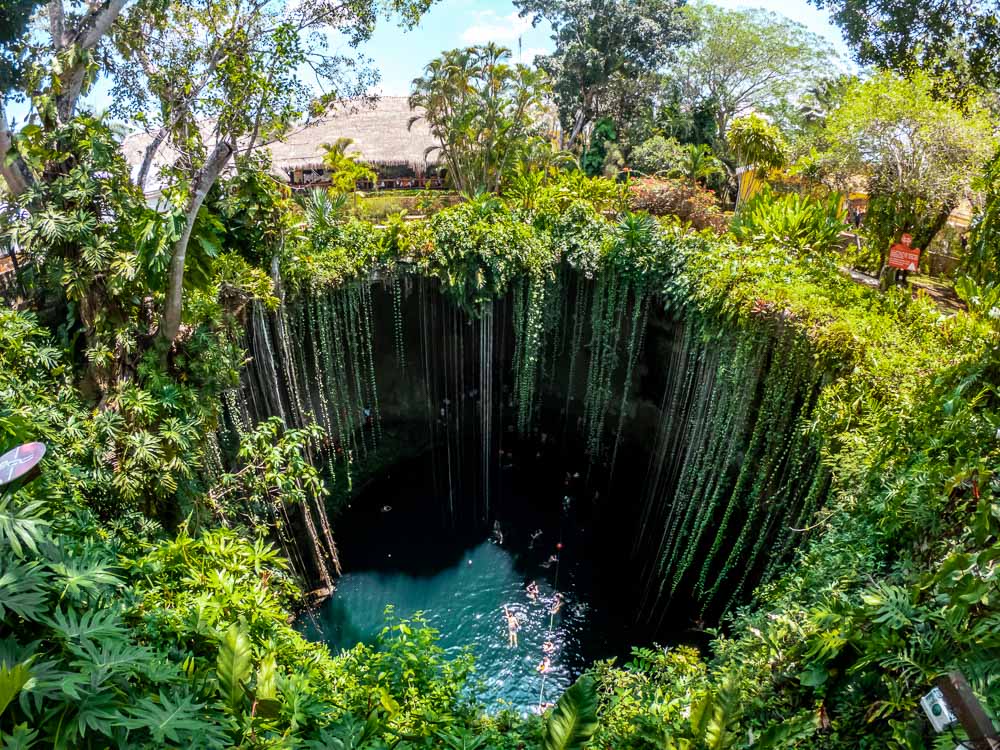 View from the top of the cenote ik kil – Photo – Traveltomtom

From Valladolid which is the main leaving point, it is 25 kilometers away and takes roughly 40 minutes to arrive to.  It can get busy so avoid holidays and weekends.