Saudi Arabia has a rich heritage and culture, which is celebrated with multiple festivals throughout the country, annually.  One of the major ones is the Al Janadriyah, a festival that takes place on the outskirts of Riyadh. 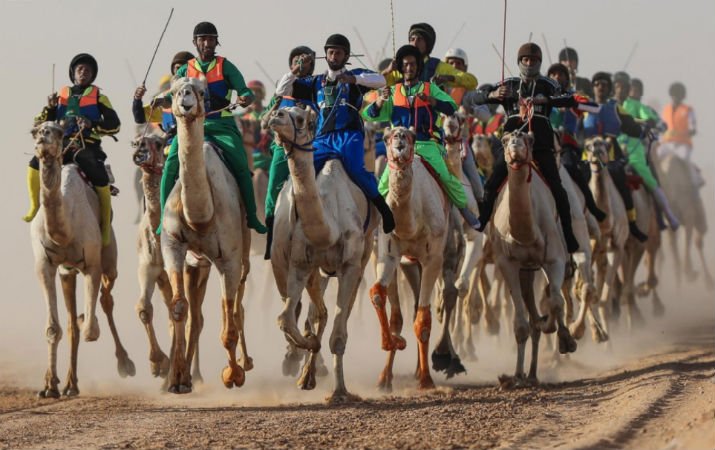 What’s all the fuss about?

Al Janadriyah Festival is a major Heritage & Culture Festival.  It is an annual event that takes place on the outskirts of Riyadh and has been held every year since 1985.  Normally, the festival is scheduled in February, but this time around it has shifted to December.  The festival will run for 3 weeks and will conclude on 9th January, 2019.

This cool festival in Saudi Arabia lasts for two weeks, and celebrates the best of Saudi Arabian culture, including an air show and the very best Saudi and global food stalls.  It is a great opportunity to experience what Saudi people like to do, in a fairly laid-back environment. 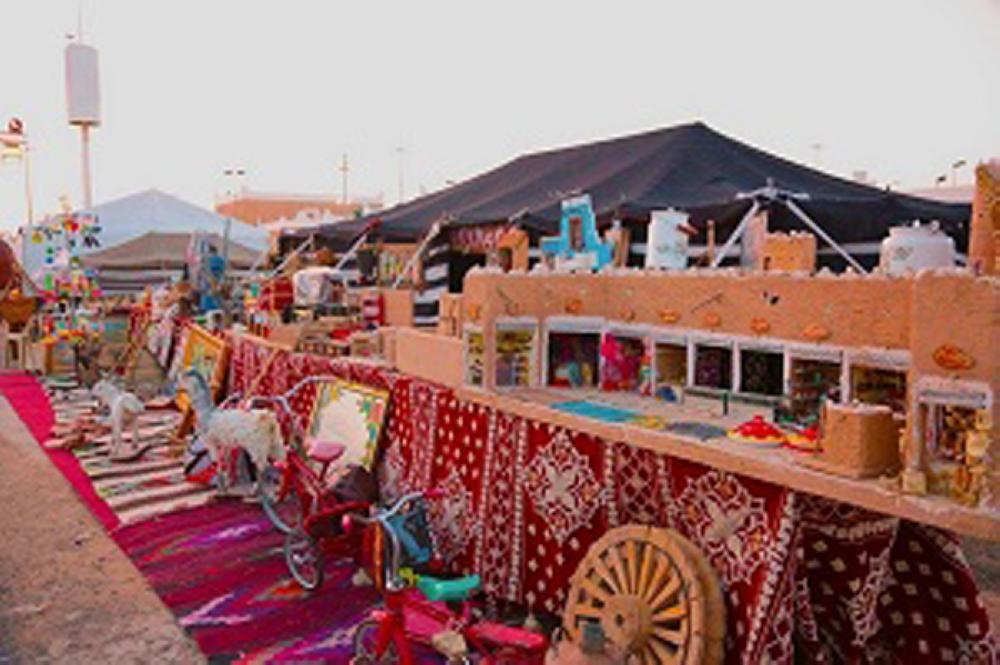 Fabric on sale at the festival

Saudi Arabia has a strong tribal culture, with each province having a unique identity of how they live their lives.  This is represented in the festival by each province being represented by its own pavilion.  The people from each pavilion in this cool festival from Saudi Arabia are so enthusiastic in sharing interesting incites into their own culture through their stories. They also have their own arts and crafts on display, endemic to that particular province.

The festival has been known to start at different times throughout the year, so make sure to check the dates before you go.  It is normally held in February, but this year it has been changed to December.  The festival lasts for three weeks and is full of activities which can help you to assimilate yourself to the local culture.  There is no entrance fee.

They love drifting in Saudi Arabia and the country’s thirst to see some sliding action has led to a race track being built at the festival.  This commences at 10 pm and unfortunately the drivers are strictly professionals.

Get in line and fire your very own handgun.  The bullets are fake but the feeling you get when you hit the target isn’t.  This one is open to both men and women.

This is one of the most important parts of the festival, and is something the Kingdom of Saudi is keen to promote.

An Exhibition for the Defence Department

There is even chance for the government to show off with its military exhibition of guns and typical military hardware.  This is a running theme throughout the festival, so expect to find everything from a huge selection of helicopters to armoured vehicles.  Kids can also enjoy their own shooting range and a zip line for them to zoom about on.

With shows focusing on concepts, values and awareness, artists of all ages take part in spreading smiles throughout the audience. Spreading culture at the festival

One of the highlights for me was the food.  There is a selection of cuisine from lots of different countries, including burgers, shawarmas, crepes and lots more.

Here are the highlights from this years festival: